Symposium The ‘Holy Land’ and Modernity: the Frank Scholten Collection in Context

Frank Scholten and His Legacy

Frank Scholten travelled to the Middle East in the early 1920s, photographing contemporary life in British Mandate Palestine as well as documenting archaeological and historical sites throughout the region.  Teresa Lidia Kwiecień’s paper compiles a valuable biography detailing his life and movements.

Scholten’s methodology was atypical juxtaposing religious Christian, Muslim and Jewish scriptures to images of daily life.  Although it is tempting to compare his prolific work to more common French and British collections, often explicitly biblified, Scholten adopted a more liberal, multi-confessional approach to imaging.  His work gives us an invaluable historical account of pluralism in the ‘Holy Land’, which eschews the typical European tendency to efface the modern in favour of the ancient.

Modernity and the ‘Holy Land’

This period of great flux, after the collapse of the Ottoman Empire, saw the establishment of the incoming British Administration and the Third Aliyah (Jewish immigration), creating new layers in the already complex social fabric of the region.

Scholten is particularly interesting, if not unique among European photographers, in that he was also concerned with imaging modernity in the ‘Holy Land’.  He actively reconciled modernity with Christian, Muslim and Jewish religious text. Activities of the Yishuv, Jewish settlement, the proliferation of Arab industry and newspapers sit alongside detailed ethnographic studies and images of archaeological and historical sites, all framed with a sense of the social importance of religion.

His two volume books, published first in French, then German, English and finally a singular volume in his native Dutch.  Each edition has the same set of images and a relatively stable set of religious quotations, but within them are slight variants.  This shows a keen awareness and sensitivity to the relationship between Europeans and their various affiliations to local populations. 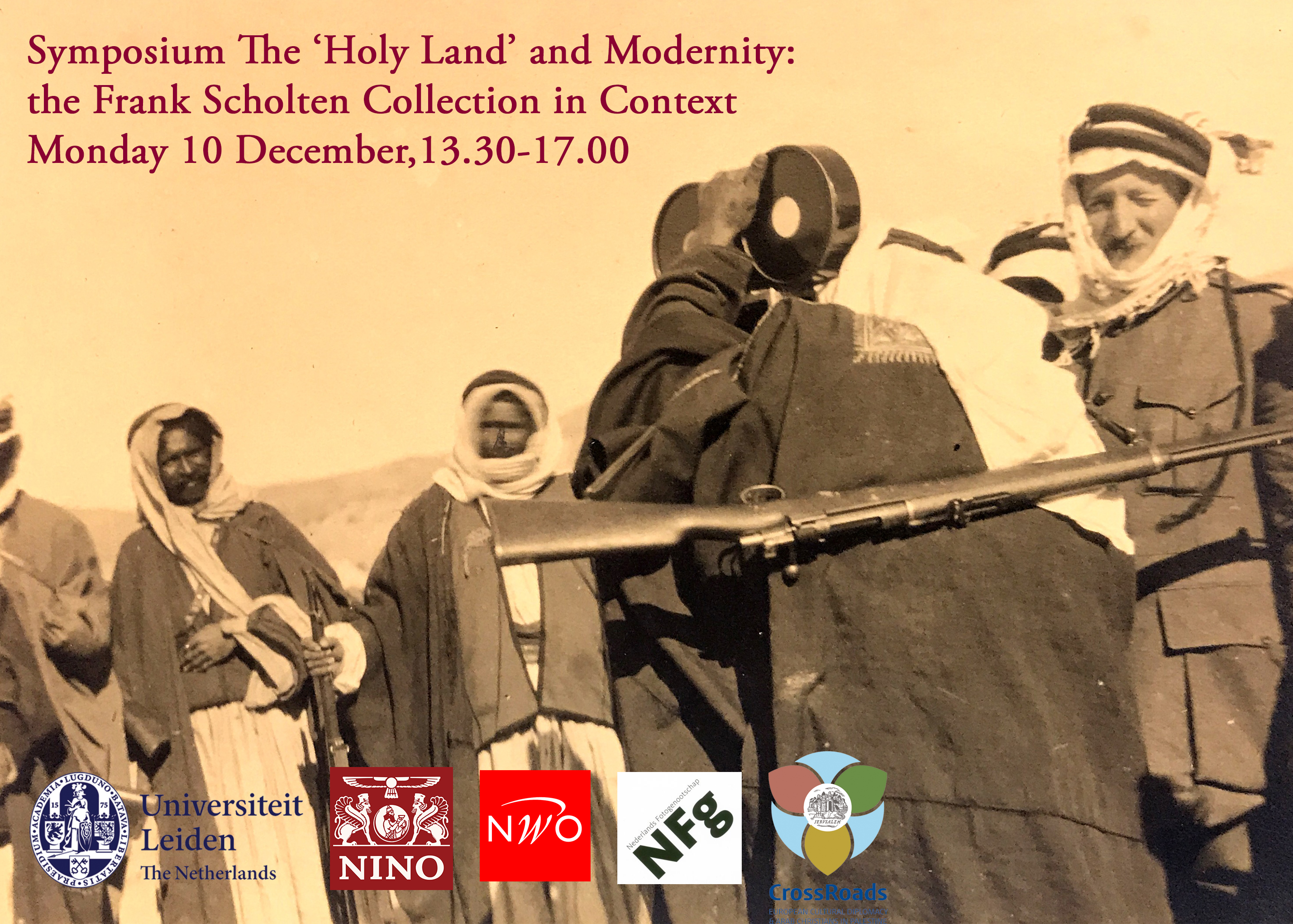