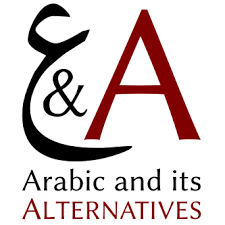 Book Presentation: Arabic and its Alternatives

Due to COVID-19, event postponed.

The Arabic and its alternatives research group (NWO VC) is happy to present the volume:

Arabic and its Alternatives. Religious Minorities and their Languages in the Emerging Nation States of the Middle East (1920-1950), Brill, Series: Christians and Jews in Muslim Societies, May 2020

Followed by drinks at Tabu

Arabic and its Alternatives. Religious Minorities and their Languages in the Emerging Nation States of the Middle East (1920-1950)

Arabic and its Alternatives discusses the complicated relationships between language, religion and communal identities in the Middle East in the period following the First World War. This volume takes its starting point in the non-Arabic and non-Muslim communities, tracing their linguistic and literary practices as part of a number of interlinked processes, including that of religious modernization, of new types of communal identity politics and of socio-political engagement with the emerging nation states and their accompanying nationalisms. These twentieth-century developments are firmly rooted in literary and linguistic practices of the Ottoman period, but take new turns under influence of colonization and decolonization, showing the versatility and resilience as much as the vulnerability of these linguistic and religious minorities in the region.

Thanks to funding from the Netherlands Organization for Scientific Research (NWO), the book is immediately available as an open access publication from Brill’s website: https://brill.com/view/title/39181

Heleen Murre-van den Berg, PhD Leiden 1995, is Professor of Global Christianity at Radboud University, Nijmegen and director of the Institute of Eastern Christian Studies. She is the PI of the ERC Advanced Rewriting Global Orthodoxy: Oriental Christians in Europe, 1970-2020 (2019-2024). Recent publications include (with S.R. Goldstein-Sabbah), Modernity, Minority, and the Public Sphere: Jews and Christians in the Middle East (Leiden, 2016) and Scribes and Scriptures: The Church of the East in the Eastern Ottoman Provinces (1500-1850) (Louvain, 2015).

Karène Sanchez Summerer, PhD Leiden 2009; Paris 2014, is Associate Professor at Leiden University. Her research considers the interactions between European linguistic and cultural policies and the Arab communities (1860-1948) in Palestine. She is the PI of the NWO VIDI CrossRoads. European Cultural diplomacy and Arab Christians in Palestine. For a Connected History (2018-2022), https://crossroadsproject.net

Tijmen C. Baarda is subject librarian for Middle Eastern studies at Leiden University Libraries. His research focuses on Syriac Christianity in the modern Middle East. He has recently defended a PhD dissertation about the use of Arabic, Syriac, Neo-Aramaic and other languages by the Christians of Iraq in the period 1920–1950. 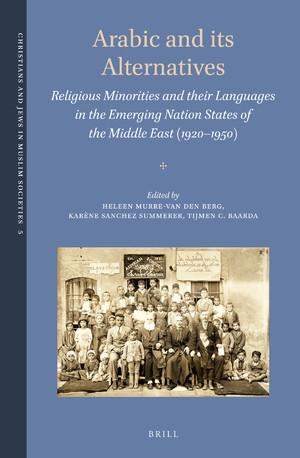