The last decade has seen a rise in the number of studies on the Christians of the Middle East. The Mandate was a special form of colonialism that challenged the indigenous Christian communities, especially their overlapping cultural identities, cultural dynamism, and their cultural networks relating to Europe, the diaspora(s) and transnational organisations. These aspects and their broader ramifications have not yet been explored, which is in part due to the inaccessibility of the local archives.

Our research project ‘Crossroads’ aims to define and analyze how ‘cultural diplomacy’ was employed by European Powers in order to enhance their influence in Mandate Palestine and how these policies impacted the cultural identity of the local Christians. Much of the research on cultural diplomacy has focused on the US, where cultural diplomacy was viewed as a key instrument of foreign policy and especially the containment of the USSR. Joseph Nye had a fundamental influence with his definition of ‘soft power’. Akira Iriye, in his seminal study on cultural internationalism, argued that after WWI, international relations gained a cultural dimension. Jessica Gienow-Hecht has shown the importance of non-governmental organizations, regions, cities, and actors of different kinds pursuing similar ends as States with a cultural agenda (Gienow-Hecht 2009, 2010). New interest for what would be called ‘soft power’ (Nye 2004, Melissen 2005) justified studies about cultural and linguistic policies in the history of international relations (Trimbur 2002; Chaubet, 2006; Van Kessel 2016). Yet, research on the contemporary history of cultural foreign policy remains scarce for the Levant (Trimbur 2002 & 2008; Dueck 2010; Sanchez 2009 & 2016). European cultural policies and their appropriation by the Arabs of Palestine have not been thoroughly studied in the case of Palestine. None of the historical studies of institutions like the British Council (Donaldson 1984, Smith 2017) and the Alliance Française (Chaubet 2013), addressed how these organizations functioned alongside each other, their conception of culture and the goals they promoted, in a comparative perspective. Research of the German influence concentrated on the pre-Mandate period (Goren 2009, 2011). Recently, the ‘national culture’ being defined through an international context has been questioned (van Kessel 2016).

European cultural conceptions, agendas, their appropriation, the resistance they induced and their regional impact are fundamental in order to understand the challenges of the Arabisation process (and the multi facets of Arab identification processes; Murre-van den Berg & Goldstein 2016), the instrumentalisation of the protection of minorities, and to reassess conflicts through culture.

Practices and perceptions of culture of both Orthodox Christians and Melkites changed drastically during the Mandate. Many local and regional cultural clubs appeared at the beginning of the 1920s (literary, athletic, political committees), shifting towards more communal cultural associations in the 1930s. At the same time, different European countries used culture as a tool of influence in the Arab world.

Our research group would also like to question the role that missionaries have historically played by revisiting the missionaries’ discourses and practices of culture. These processes should, as some scholars have argued, be seen as multilayered (Tejirian 2002, Trimbur 2002 & 2004, Dueck 2010, Sanchez 2016, McLisky & Close Berry 2017). In the cultural arena, missionaries were solicited as mediators and sometimes even experts by some of the European States, partly due to their plurilingualism, their role of intermediaries, their capacity to discuss with the different groups in the population. Based on these assumptions we would like to question whether the enterprises of missionaries could be viewed as the forerunners of the governmental/non-governmental cultural actions in the region. Did missions to Muslim populations elaborate an earlier cultural diplomacy due to the strong resistance to all attempts at conversion? Their actions were not monolithic as they offered potential for negotiation and even contestation of colonial norms. Unpublished archives reveal ambiguous positions in relation to the European states’ cultural and linguistic influence in Palestine. Missionaries’ cultural actions also turned out to be congruent to the motivations of the Palestinian associations.  Therefore, one could ask which role they played in the cultural resistance/contestation to European States’ cultural policies.

The hypothesis of the organizers are:

These hypotheses will be answered via a close study of the three main actors: the two most numerous indigenous Christian populations, the Orthodox and the Melkite (Greek Catholic), and the European cultural actors. Practices and perceptions of culture of both Orthodox Christians and Melkites changed drastically during the Mandate. Many cultural clubs appeared at the beginning of the 1920s (literary, athletic, political committees), shifting towards more communal cultural associations in the 1930s. At the same time, different European countries used culture as a tool of influence in the Arab world.

To understand the contested role of culture during the interwar period in Palestine, the project intends to analyse the cultural practices and ideas of both local communities and their communal and religious leaders (foreign and local), and their interactions with European cultural actors (cultural, regional and global perspective).

It intends to shed light on modes of interaction, first between Arab Christians and other social groups in Palestine and with the European actors, but also between the local, regional, and transnational spheres, instead of studying a mere aggregation of communal and institutional histories. It will consider the polycentric processes for both Christian communities and the various ways in which Arab Christians located themselves in these broader cultural processes.

These can be traced in the archives of associations, private archives, the programs of educational institutes, local/regional journals, pamphlets and books, and in church archives, governmental educational establishments and private cultural institutions, nuanced by the comparative analysis of British and Zionist archives. The dynamics of personal and institutional interactions will be complemented via a comparative analysis of the cultural agenda of their Jewish and Muslim compatriots. 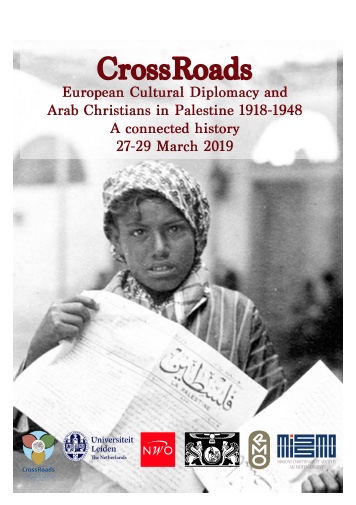 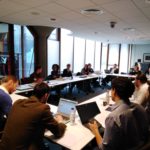 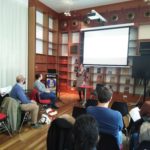