European cultural diplomacy and Eastern Christianity in Syria and Palestine
A connected history in Late Ottoman times and the British Mandate.

Due to COVID-19, event cancelled

The CrossRoads Conference in Thessaloniki aims to define and analyse how cultural diplomacy was deployed by the European powers in the interwar Palestine and Syria. It questions how these policies impacted the cultural identification of indigenous Christians in a comparison with their fellow Palestinian and Syrian compatriots. This conference will focus on attempts at ideological and political domination by multiple actors, each with a diversity of diplomatic and cultural ends.  It will examine these contestations as they were reflected in the religious and social landscape and analyse the variety of the Christian-Arab agendas towards such policies, paying special attention to the Eastern Orthodox and the Melkite communities.

The conference will focus on the late Ottoman and Mandate periods for two reasons. Firstly, it marks the gradual establishment of modern structures of social operation, such as the challenges to religious authority and elites or the formation of Arab nationalism. Secondly, it is the transition period from imperial to colonial rule, for which cultural diplomacy and religion played an instrumental role in legitimising new political regimes. The Eastern Orthodox and the Melkite communities in Palestine and Syria were placed at the heart of these developments, expressing the quest for national and religious emancipation, while also keeping close links with diplomatic actors, colonial institutions, and foreign religious agents. Within this framework, we welcome contribution on the following general research topics:

Individual papers should be 30 minutes in length and each will be followed by 20 minutes for questions and discussion. We encourage the presentation of main question, as papers will read before, in order to comment them during the conference. 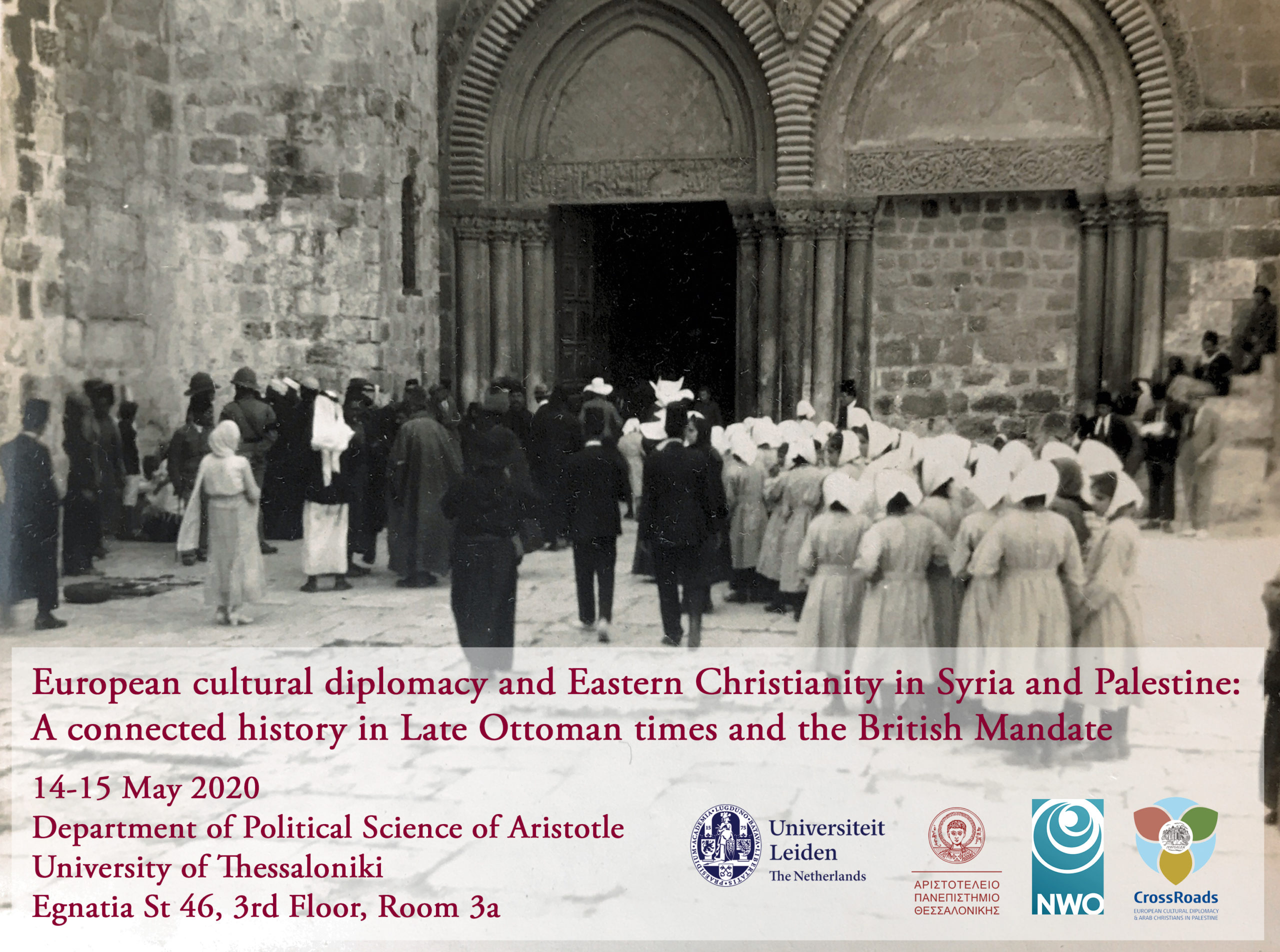