Round Table: This Transitional Paradise 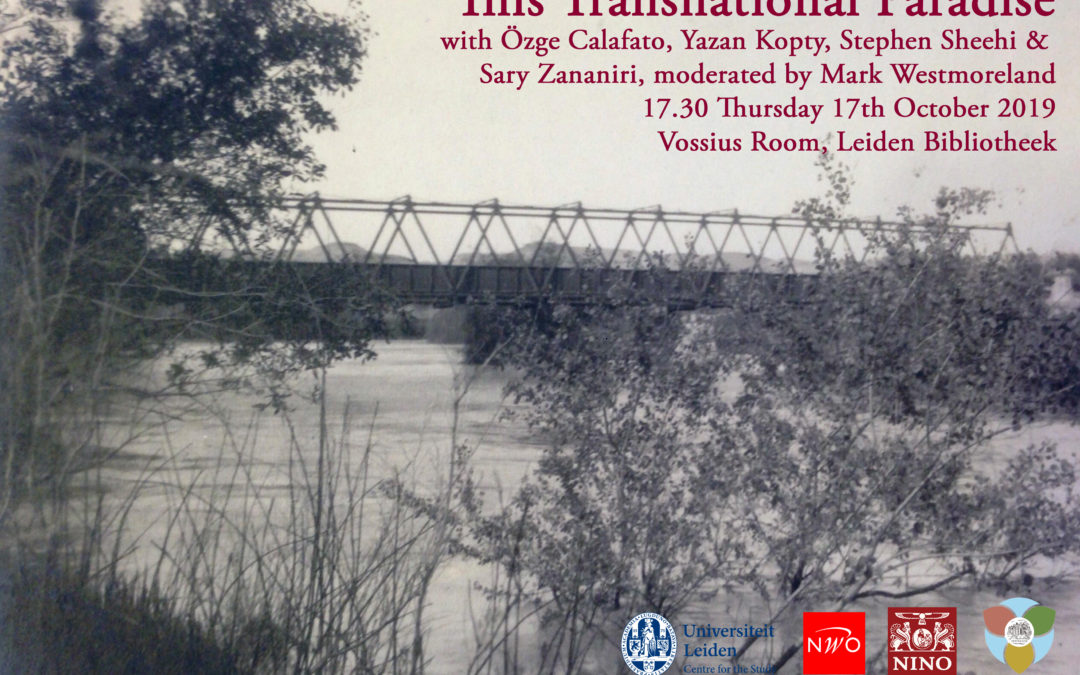 Round Table ‘This transnational paradise’

British Mandate Palestine (1918-1948) was the nexus of many networks, from mercantile networks developed by Arab Palestinians in the 19th century, to British colonial networks linked to the broader British Empire, to new Jewish migrants both bolstering and undermining Zionist endeavours, to the ways in which the new states of the Middle East and North Africa produced by the demise of the Ottoman Empire interacted. Likewise, photography, a medium designed to be reproduced, circulated and continues to circulate through many networks and through its circulation acquires new meanings.

This Transnational Paradise re-examines the possibilities of recouping the past through the study of photography.  It considers the optimism of state and institution building so fundamental to the period, grappling with networks implicitly embedded in such enterprises.  It also attempts to contextualise them within a broader transnational narrative that better explains the complex social milieu in Mandate Palestine.

What can photographs tell us of the British Mandate as site of connection and interconnection?  How has the meaning of photographs taken in the period shifted? And what possibilities do they present for recouping the past or indeed the future?

Özge Calafato is a PhD candidate at the Amsterdam School for Cultural Analysis, the University of Amsterdam, focusing on vernacular photography and Turkish modernity. Since 2014, she has been working as the Project Manager for the Akkasah Center for Photography at the New York University Abu Dhabi. She completed her BA degree in Political Science and International Relations at Boğaziçi University, Istanbul, and her MA degree in Journalism at the University of Westminster, London. Since 1999, she has worked as a journalist, editor, and translator for several newspapers and magazines focusing on photography, literature, contemporary art, film, music, and travel. Between 1999 and 2007, she worked as a writer and editor for the Geniş Açı Photography Magazine from Istanbul. Between 2008 and 2013, she worked as Programming Manager at the Abu Dhabi Film Festival.

Yazan Kopty is a writer, researcher, and oral historian. His work centers around the acts of listening and narrating, focusing especially on memory as resistance and community-sourced histories. He is currently a National Geographic Explorer and lead investigator of Imagining the Holy, a research project that seeks to examine and connect thousands of images of historic Palestine from the National Geographic Society archive with Palestinian community elders, cultural heritage experts, and field researchers to add new layers of indigenous knowledge and narrative to the images. He previously established and headed the oral history and intangible cultural heritage programs at Qatar Museums. His forthcoming debut novel is inspired by oral histories he conducted with his grandparents and his family archive of films, photographs, and documents.

Stephen Sheehi is the Sultan Qaboos bin Said Chair of Middle East Studies. He holds a joint appointment as Professor of Arabic Studies in the Department of Modern Languages and Literatures and the Program of Asian and Middle Eastern Studies. Prof. Sheehi’s work meets at the intersection of cultural, visual, art, and social history of the modern Arab world, starting with the late Ottoman Empire and the Arab Renaissance (al-nahdah al-‘arabiyah). His scholarly interests include photography theory, psychoanalysis, post-colonial theory, Palestine, and Islamophobia.

Sary Zananiri is an artist and cultural historian.  He completed a PhD in Fine Arts at Monash University in 2014 looking at biblified Western imaging of the Palestinian landscape and how this intersected with Zionist narrative after 1948.  His research interests sit at the intersection of landscape, colonialism, indigeneity and religious narrative with a focus on photography and visual culture.  More recently he has been researching the imaging of masculinity and transgression in the Middle East to trace lineages of solidarity movements through visual culture.  He is also working on the role of Russia in shaping the culture of the Greek Orthodox community in Palestine.

He was co- director of the Palestinian Film Festival Australia from 2014-16 and Associate Lecturer at the Monash Fine Art department from 2014-2018.  He is currently a Postdoctoral Fellow on the NWO funded project CrossRoads: European Cultural Diplomacy and Arab Christians in Palestine 1918-1948 at Leiden University.

Mark R. Westmoreland coordinates the Visual Ethnography master specialisation at the Institute of Cultural Anthropology and Development Sociology of Leiden University. He previously served as editor of Visual Anthropology Review and now spearheads the Writing with Light curatorial collective for ethnographic photo-essays. Prior to joining Leiden University, he taught at the University of Texas at Austin, the American University in Cairo, and Stockholm University. He is an award-winning filmmaker and has published widely in both scholarly journals and art catalogues.