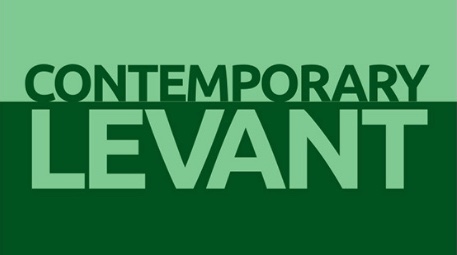 Karène Sanchez Summerer and Konstantinos Papastathis of the CrossRoads project publish ‘Eastern Christianity in Syria and Palestine and European cultural diplomacy (1860-1948). A connected history’’, the special issue of Contemporary Levant, vol.6, issue 1. You can access their introduction in open access here, and the whole special issue here.

The special issue critically explores, at a micro and macro level, the structural role and religious, cultural and political interactions of the Greek-Orthodox, Melkite and Syriac communities in late Ottoman and Mandate Syria and Palestine. It seeks to identify archival gaps, and to link the study of the micro-scale level of everyday cultural and religious life to the macro-narratives of global change affecting Christian communities, in a connected perspective, via dynamics of cultural and religious personal and institutional interactions. The Christian communities, both as institutions and lay bodies, are of special interest for the field of Levantine studies, since they were placed at the heart of the local power game, expressing the quest for social emancipation, while also keeping close links with diplomatic actors, colonial institutions, and foreign religious agents. The research presented lies on the idea that the communities in focus were inextricably linked, being actors operating within the same multi-ethnic periphery, having the same legal status, and being in contact to foreign agents, while at the same time politically dependent to the centralized ottoman and mandatory authorities.