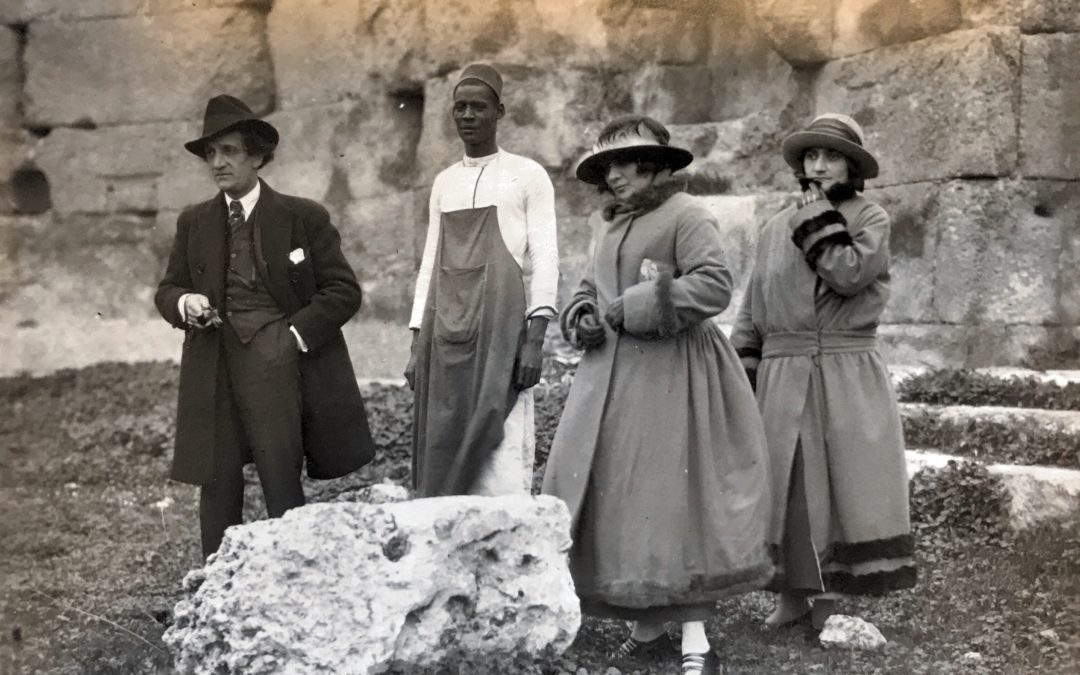 Due to COVID-19, temporarily not accesible

In early 1921, Dutch photographer Frank Scholten (1881-1942) arrived in the port of Jaffa in British Mandate Palestine.  Over two years he took more than 20,000 photographs mostly in Mandate Palestine, but also Tranjordan and French Mandate Syria and Lebanon.

Scholten shows us a world in which the ancient and modern intermingled.  Archaeology was a significant theme, showing both the ancient sites and their modern histories.  We see the impact of archaeology as an academic discpline, but also its popularisation through its relationship to tourism, especially in the antiquities and souvenir stores and the photographic studios that were both directly involved in documenting archaeological sites, as well as selling photos to tourists.

His images gives us a rare glimpse into how modernity re-shaped Palestine through archaeology, the porosity between archaeological photography and popular imaging, which brought so much interest to the region, even for those who couldn’t visit in person.  While the tourism industry had long existed, photography bolstered public interest in archaeology, as we see from the growth of photobooks and travel guides.

Scholten’s approach to photography utlised the lens of the biblical, but did not shy away from exploring its relationship to modernity and the effects archaeology had on early Mandate society.

This exhibition was made possible courtesy of the Netherlands Organisation for Scientfic Research (NWO) through the NWO Vidi project Crossroads: European Cultural Diplomacy and Arab Christians in British Mandate Palestine (1920-1950) and the Netherlands Institute for the Near East (NINO), through the Frank Scholten fund.